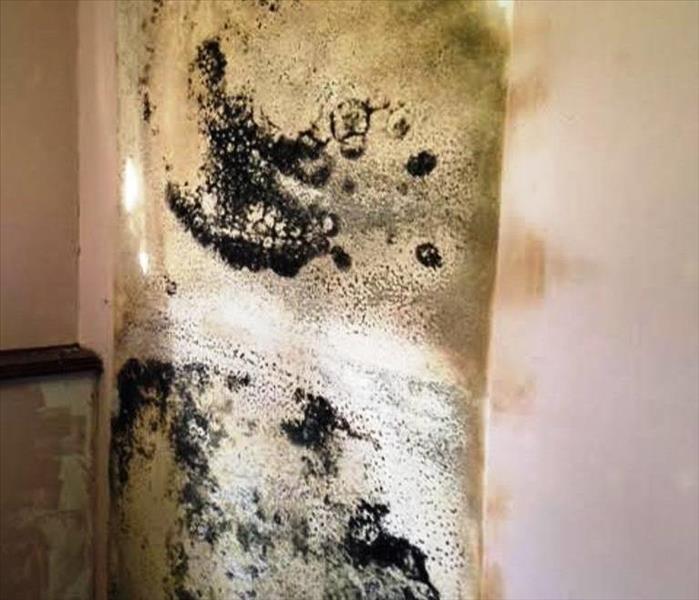 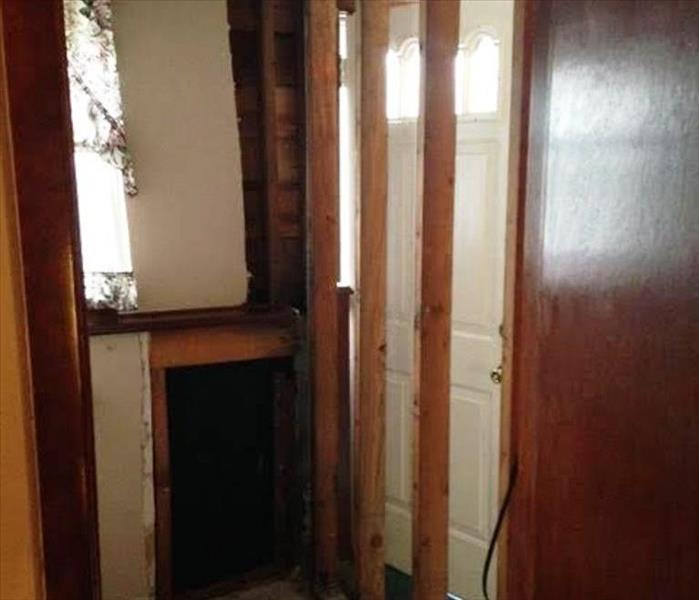 The owner of this Edison home had been noticing a persistent musty smell in their bathroom for months.  They diligently cleaned out the medicine cabinet, mopped the floors and wiped down the walls, but the smell was still there.  Finally, they called SERVPRO of Edison to help determine the source of the smell.

Our technicians discovered moisture had been trapped around the back side of a linen closet that had been installed up against the wall.  The trapped moisture had caused mold to grow along the wall about 8 feet high, as shown in the "Before" picture.

The mold remediation process for this instance was extensive.  The linen closet had to be removed, and since mold was growing inside the walls and on the framework, that entire wall had to be removed as well.